The future of capitalism – the founder of Obecto at TEDx 2017

Obecto in the Media, Software development 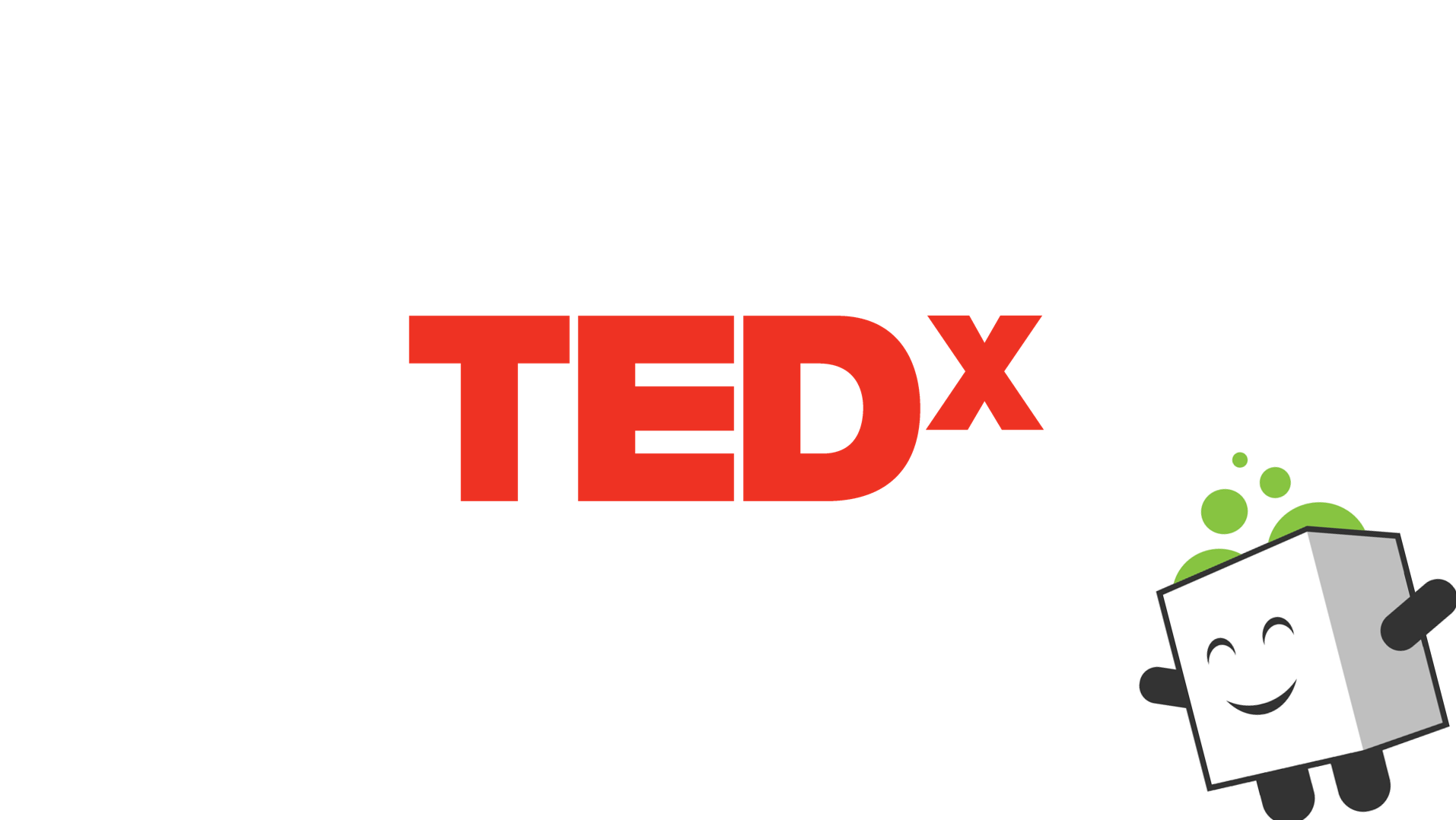 Below is a transcript of the video.

“I was introduced as a developer. But I’ll talk on an economic subject. Still, I am indeed a developer. Actually, I often say that I am a developer in my core, and that’s because in my mind it is something like that: I see everything as a system and I’m trying to figure out how it works. How the individual elements make up the whole system.

I started writing code at the age of 11. Then started work at the age of 16. And by 21 I was the most experienced person in the company. Then came 2008 – the year of the global financial crisis. That was when I realized there was something very wrong with the global economic system. That is when I came up with the idea for my company Obecto. I wanted to make a company where people would somehow become more important than profits. I had no idea how to achieve that, but I knew the world needed a change in that direction. I started to grow my understanding of Economics. How it works, why it works that way and whether it will always work like it does now. But before we look into the future it is good to understand the past.

We are currently living in the system of Capitalism. The ideas of the capitalism were first conceived during 15-16 century. But they have not reached a truly broad audience until the 18th century thanks to Adam Smith. Adam Smith introduced a system of a free market, private ownership, and one of the most important elements is that the feudal system needs to be changed. Especially, the system of masters and vassals needed to be changed. He argued that, ultimately, the forced labour is not productive. Because when a man is forced to work, he has no incentive to innovate and become better at what he does. Perhaps to make it more logical for his then-elites, he eventually synthesized his argument as The labour of free people is cheaper than the labour of slaves. So two centuries later we have the economic system we live in today. We have an unparalleled variety and abundance of products. Something unprecedented in the history of our civilization. And we do it without slavery. We are all free and working for a certain company. We work for companies and we consume the products of these same companies.

Products like this – the vacuum cleaner Rumba. It was invented because cleaning at home is tedious. This vacuum cleaner works on its own, cleans, then stops, recharges and is ready to clean again. We invented this product because cleaning is a boring and annoying activity. Cooking gives pleasure to many people, but for others, it is also boring and annoying. So if you want you can buy this kitchen robot. Molly is a real kitchen robot, for the price of $ 75,000. It does not only cook using the recipes of the best chefs in the world but also cleans after itself.

The more Interesting robots, however, are those in the industry. We’ve seen home robots, but let’s see what robots do in the industry. Where real value is created. These are industrial robots. Without their help, our civilization could not produce as many cars as we need. We just can not do this manually, so we use industrial robots. These industrial robots, however, are expensive and complex. They cost millions of dollars and they need well trained specialists to operate them. This is Bexter. Bexter costs $ 25,000, three times less than the robo kitchen. And it’s actually a robot that can be placed in a small workshop. It’s compact and you do not need super sophisticated software to program it. The robot itself has a complex software, but it is easy to operate. You turn on its programming mode and show the robot what to do then it does it by itself. It has sensors and hands and places these parts in a box.

This is a truck by the company Otto. Last year they made the first fully autonomous beer truck supply. The truck delivered the beer supply from one address to another all on its own. This may not be so phenomenal anymore. We’ve seen cars driving on their own. But what is interesting is that Otto does not actually build new trucks. They build machines that can be put on an old truck and make it autonomous. In the USA alone there are 5 million people working as truck drivers. When this machine becomes widely available, it will most likely cost a few thousand dollars. Meaning that within the cost of a few truck driver wages, a truck company can buy this machine. In that case would this companies hire people or buy machines like these instead? Because if they go for the machine, about 5 million people will be out of work within the next 2-3 years.

And this is a picture from a Japanese restaurant that has robots instead of waiters. These robots never forget orders and are always friendly. As you can see from their LEDs. And this process has repeated many times in our history. We build a machine that in turn automates a simple process. Then we move on to do more complicated work. Like office work. However, let’s see how the machine intelligence has evolved.

In 1996, IBM’s Deep Blue machine defeated the World Chess Champion – Garry Kasparov. But chess is a fairly simple game, after all. There are plenty of possible moves but what the machine had to do is just check for the winning variation based on all the possible moves and play that move. There was no real thought process involved. But then in 2011, again from IBM came Watson. Watson competed in the American game Jeopardy. It is something like the Bulgarian game One minute is a lot. It managed to beat the two best players who are like Dimo Padalski of America. Interestingly, it does this absolutely autonomously. Watson is not connected to the internet while playing. It did not receive the questions via a particular channel. It was listening to the game host, knowing when he made a joke or was actually asking a question. Since in Jeopardy the questions come as riddles. But this is not such a big deal as well. Watson understood words and returned words. But in 2015 an even bigger breakthrough came along. The Google Deepmind algorithm managed to beat the best Go player in the world. This game is not like chess. It may look like chess, but the possible combinations are more than the particles in the universe. Which in turn means that Deepmind can not just check all the possibilities and play the best one. This machine had to develop an intuition and that’s what Deepmind did. It played many, many games against itself and it developed an intuition for the game. Its creators do not know why it makes most of the moves it does. Now the question is where all of this leads to.

The Google Deepmind algorithm managed to beat the best Go player in the world. This game is not like chess. It may look like chess, but the possible combinations are more than the particles in the universe. Which in turn means that Deepmind can not just check all the possibilities and play the best one. This machine had to develop an intuition and that’s what Deepmind did. It played many, many games against itself and it developed an intuition for the game. Its creators do not know why it makes most of the moves it does. Now the question is where all of this leads to.

Here is a chart by Ray Kurzweil, currently Director of Engineering at Google. He made this chart in the 80s and it depicts how much computational power can be bought for 1000 USD. Below is the time period, above is the amount of computational power. You see how historically the power grows on an exponential curve. If we continue this curve many interesting things start to follow. In 2023 for $ 1000 we will be able to buy computational power that is equivalent to a human brain. Meaning a machine will be able to solve the same kind of problems a man can. Even more interesting, in 2045, for the same $ 1,000 we will be able to buy a machine that has the computing power equal to all the human brains put together. The question is if Adam Smith in the 18th century suggested to replace the labour of slaves with paid one because it would be more productive and less expensive. If we now have machine labour that is cheaper and more efficient than paid labour, why would someone even consider relying on a paid

The question is if Adam Smith in the 18th century suggested to replace the labour of slaves with paid one because it would be more productive and less expensive. If we now have machine labour that is cheaper and more efficient than paid labour, why would someone even consider relying on a paid labol. And if we do not have to work anymore what would we do then.

For starters, we will have more free time. People are good at making connections, so most likely we would travel, meet new people, create relationships, build communities. But if we do not work in companies and do not buy products from companies what will we do? We will do what we have always done – share. We are already in the era of platforms for sharing. For example, if I travel from Sofia to Varna and I have a free space in the car someone else can join me. And we can share the cost. I have a free room, someone wants to stay in the same city. Why not let him use the room. Or, for example, I have some skills, and someone is in need of these skills. Why don’t I help this person with my skills. But this form of labour would be short term. Without a long-term commitment for any of the parties. Ultimately, the future economy would be decentralized and flexible.

Technology turns things that are expensive and complex into something cheap and easy. For example, today we have a supercomputer in our pockets. Something that 20 years ago, was available just to the president of the USA. Today every one of us has this supercomputer. In the future, there will probably still be a place for large corporations that produce expensive and complex products. But most likely, everyone with the help of AI and a few robots will be able to produce the things most necessary for his/hers life. Everything else we would get from the sharing platforms. Despite all this freedom, we people are at our best when we work together. When we create groups.

But I believe that in the economy of the future people will not work in hierarchical corporations. Rather in democratic cooperatives. And my dream of creating a company in which people will be more important than profits ultimately failed. It failed because companies are designed to make profits. Companies are not designed to make people happy. And that is why, since 2016, my company Obecto is a cooperative. Everyone is free to work on the projects they choose, when they choose, from whenever they choose, for as long as they choose. And instead of paying salaries we share our earnings in proportion to our merits. Imagine the world of the future. A world in which, I believe the greater part of the economy will happen in cooperatives, not in companies. It is a world in which we will measure contribution, not profits. A world in which we will work with each other and not for each other.